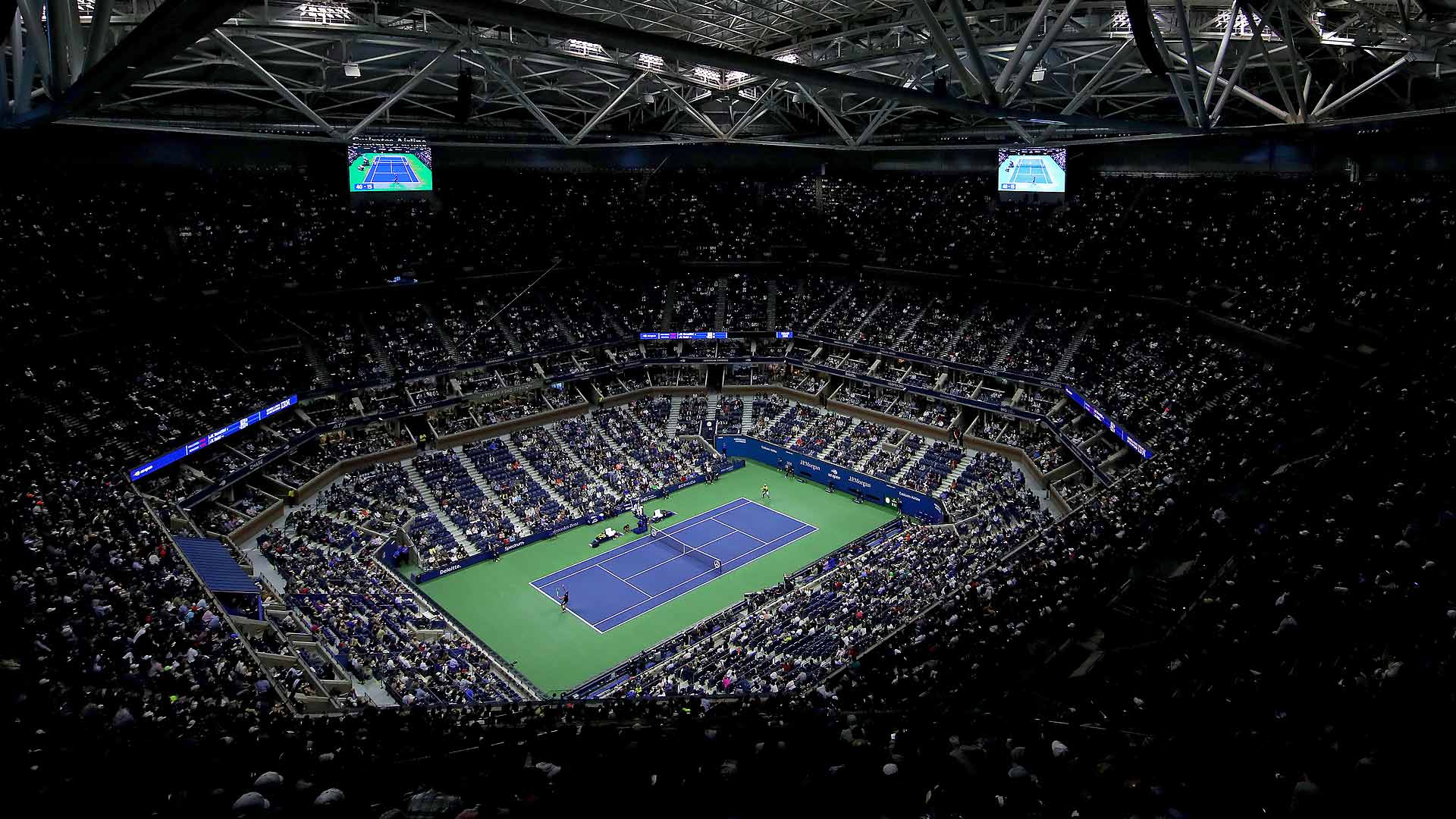 The 2022 US Open was the 142nd edition of the tennis tournament and the fourth and final tennis major or Grand Slam event of the year. The current US Open bears little resemblance to the tournament that started in 1881. It has evolved from an exclusive men’s singles and doubles tournament to a two-week sports and entertainment extravaganza held in Flushing, NY.

The tournament consists of both men’s and women’s singles and doubles draw, as the singles draw remained in the standard 128-person format in each category, while both doubles draws returned to the standard 64 players. There were also singles and doubles events for both boys and girls (players under 18), which were part of the Grade A category of tournaments. This was the first time at any tennis major that coaching was allowed from the stands.

Daniil Medvedev and Emma Raducanu were the men’s and women’s singles defending champions. Raducanu lost to Alize Cornet in the first round, while Medvedev lost to Nick Kyrgios in the fourth round. Carlos Alcaraz and Iga Swiatek won the men’s and women’s singles titles, respectively. They became the first players, both born in the 2000s, to win the tournament’s singles titles. The total prize money for the 2022 US Open topped $60 million for the first time, 4.59% more than the 2021 edition.

To maintain the tournament’s status as having the richest prize purse of all Grand Slams. In the United States, the 2022 US Open was the eighth year in a row under an 11-year, $825 million contract with ESPN in which the broadcaster held exclusive rights to the entire tournament and the UDS Open Series.

This meant that the tournament was not available on broadcast television. All tournament matches were not cable-casted by ESPN, which focuses almost exclusively on the singles competitions, but were available online on ESPN+. There is plenty of talk about changing the guard though it feels a touch premature.

Novak Djokovic, who was not able to travel to New York because he is not vaccinated against Covid-19, will be hotly tipped to win the Australian Open and defend his Wimbledon crown next year. Nadal, who won all but one of his 23 matches at majors this season, will be an even bigger favorite at Roland Garros.

However, on the other, as Alcaraz more than passes the eye test and there is reason to believe the era of the Big Three could be giving way to the Big One sooner rather than later. Tempting as it may be in the dizzying aftermath it is not prudent to put Alcaraz down for 20 majors just yet.

The last time such conjecturing took place was in 2009 a 20-year-old Argentine Juan Martin del Potro came from behind to defeat an imperial-era Roger Federer in a five-set classic, ending the Swiss master’s bid for a sixth straight US Open title but he was overtaken by a series of wrist and knee injuries. And the ups and downs of the last teenager to win the US Open – Emma Raducanu – should be noted too. The Weekender