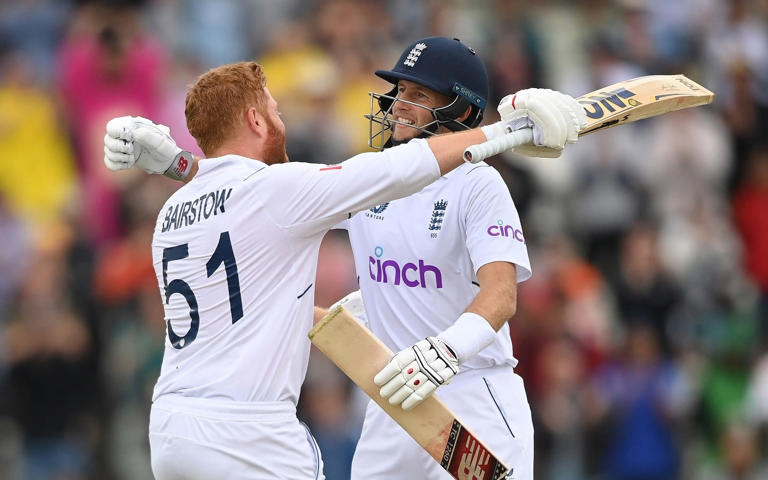 Cricket is famous for keeping records and they are highly valued. The current scenario of the cricketing filed is witnessing smashing of records, particularly batsmen are posting higher records. In Amstelveen last month, England came within a single blow of becoming the first ever side to score 500 runs in an ODI instead they had to content themselves with 498 for four: a new all-time record in ODIs or any 50-over cricket. In 2016, England scored 443 for three against Pakistan; two years later, they hit 481 for six against Australia. Both the cricketing pitches and new rules are helping teams to break records such as fielding teams are only allowed five fielders outside the 30-yard circle for the last 10 overs: they are only permitted two men outside in the first 10, and four from the 11th to 40th overs. This rule, together with two new balls, in ODIs that stops bowlers obtaining reverse swing.

T20s have also contributed in breaking-off records whose sheer volume of games provides plenty of chances for high scoring. Since the start of 2019, there have been 351 ODIs. In the same period, there have been 920 T20 internationals and a mind-boggling 3,735 T20 matches all told. Naturally, more T20 matches means more between sides of vastly different standings, especially in the international game; all International Cricket Council members gained international status for T20s in 2020. This is a wholly positive change, helping promote the game worldwide, but also makes record-setting more likely. Though it is rated that in any given game, an ODI 500 is several times likelier than a T20 300 but because there are now 10 times more T20 matches played than ODIs – and three times more T20 internationals than ODIs – some team, somewhere, will surely score 300 during the 2020s.

Nine years on, Chris Gayle’s monumental 175 not out remains the highest ever individual score in a T20. Gayle faced 66 deliveries – the equivalent to 11 out of 20 – and hit 17 of them for six and another 13 for four, which gives a hint of how this Everest could be climbed. A T20 double century would require many of the same conditions as a team 300, but also a batsman to enjoy the bulk of the strike. Even then, it would still require sustained hitting of an ilk almost without precedent. Over 70 balls a batsman would need to score at a strike rate of 285, 20 more than Gayle mustered. Broken down another way, a batsman facing 70 balls would need to hit 20 sixes – one every three-and-a-half balls – and then score 80 from their remaining 50 balls, within the region of 10 to 12 fours, to reach 200.

The record for the highest-ever Test chase has only inched up very slowly: from Australia’s 404-3 at Headingly in 1948, the Invincibles’ crowning glory, to the current record of 418-7, set by the West Indies against Australia in 2003. And yet, in the right conditions, formidable chases have become more common: nine of the top 13 run chases have come in the last 20 years, including four in the last five years. A record-breaking chase would require a perfect confluence of factors: a fast-scoring ground and a game situation that leaves enough time to complete a chase before the five days are up.

Of course, teams rarely score as quickly and batsmen seldom get to bat in benign conditions during the final innings, or against a ball that goes as soft as the current Duke’s. A run chase of 500 would require very specific circumstances. The most plausible scenario would be scores in the first three innings scores of, say, 450, 250 and then 300 – a total of 1,000 runs, in, say, 300 overs. This would leave in the region of 150 overs to try and hunt down 500. This scenario is just about plausible although one that remains a distant dream. TW