Severe Liquidity Crunch Amidst Other Problems 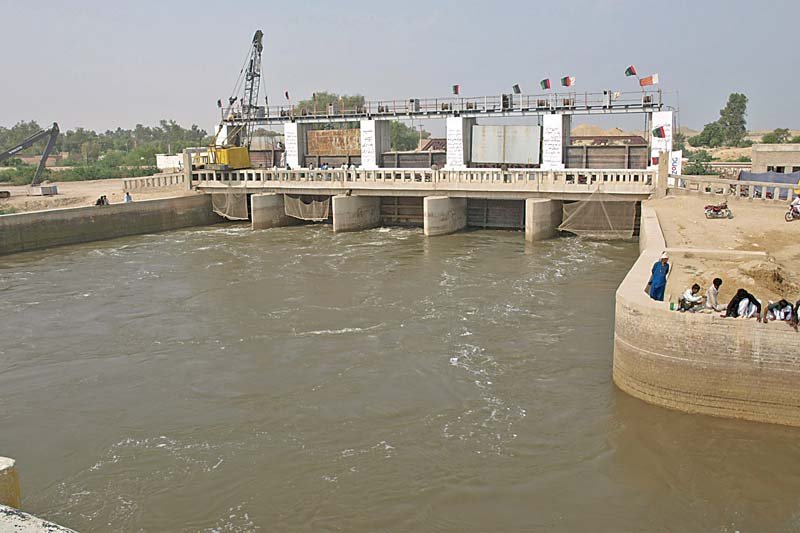 Severe Liquidity Crunch – Pakistan is undergoing tremendously difficult times as its economy is in peril with hardly any chance of improvement in the near future. The massively detrimental flash floods have aggravated the macroeconomic fundamentals despite a resumption of the IMF program after a pause of seven months.

The flood calamity has seriously restricted the capability of the incumbent government to provide any economic relief to people who are heavily burdened. Pakistan is a victim of global warming, although its contribution is less than 1%. The country expects major support from the developed world during the upcoming UN Climate Change Conference, COP27, scheduled to take place in Egypt in November.

The most badly affected sector of the economy is the crucially fundamental agricultural sector that is widely acknowledged to form its backbone the losses incurred are so massive that any growth here is not possible and it is predicted to dissolve into negative instead of achieving the envisaged target of 3.9 percent in the current financial year.

Over 33 million people have been affected by the floods that immediately require assistance, far more than the initial Rs.25,000 cash handout. Authorities suggest starting a cash-for-work program in the affected areas aimed at providing livelihoods to the people. 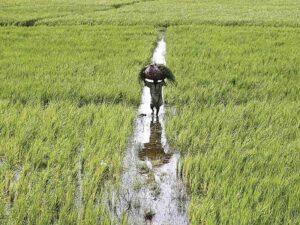 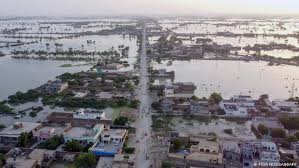 Actually, authorities fear that the floods might have caused cumulative losses of over $40 billion which is colossal damage. It is for the first time that the $40 billion loss estimate has been given, which is three times more than the initial estimate of $10 billion to $12 billion and the new figure is even far higher than the $30 billion figure given by United Nations Secretary-General Antonio Guterres.

The authorities however point out that they are preparing a comprehensive assessment of flood damages with the help of the World Bank, Asian Development Bank, and provincial and federal governments and that a detailed report of losses would be ready in four to six weeks. Moreover, the overall loss in GDP growth would be 3.3% to 3.7% due to the floods but if the losses are revised upwards to $40 billion, the economy will contract.

The interim report showed that about 20% of the PSDP or Rs.218 billion would have to be diverted towards disaster relief expenditure, resulting in additional unemployment of 600,000 due to low spending. To begin with, is the tentative assessment of losses incurred by infrastructure particularly the Mainline-I Sukkur-Hyderabad section of Pakistan Railways that would now require complete rehabilitation.

Pakistan has been struggling since 2016 to begin work on the $7 billion ML-I project with $6 billion in Chinese lending but the project is not moving forward due to limitations imposed on new sovereign guarantees under the IMF program. Moreover, it is also suggested that the focus should be on connectivity and reconstruction of bridges as 246 bridges were destroyed due to flash floods across the country.

In this context, it is mentioned that Pakistan will be compelled to import additional cotton worth $2 billion because of severe damages hitting those areas of Sindh where the cotton production was destroyed completely. Another difficulty that has cropped up is related to dewatering the areas where sowing of wheat is done, otherwise, there is a potential threat of less production in the range of 3 to 5 million tons.

The minor crops of onion and tomato were also damaged in KP and Sindh. The demand for the import of pulses might also go up for the current fiscal year. There is another problem that may emerge on the trade front as the country’s exports also rely upon imports on accounts of raw material and inter-mediatory goods as value addition was done for exporting finished products.

The worst performance of the agriculture sector will put pressure on increased demand for commodities imports and if Pakistan fails to generate desired levels of dollar inflows it might create food shortages. The situation has aggravated as demand for imports has gone up manifold but the country does not have enough dollars and the result is tremendous pressure on the exchange rate pushing the rupee to lose 9 percent against the US dollar.

Pakistan has not yet made any fresh request to the IMF for the provision of a Rapid Financing Instrument (RFI) or Natural Calamity Response-related funding facility on the expectations of a lukewarm response from it. It is however expected that the IMF will consider any relaxation in Pakistan’s $6.5 billion bailout program on the basis of a credible assessment of losses.

It is also reported that Pakistan’s financial woes may not ease soon as the World Bank has indicated that it may club the approval of two policy loans valued at over $1 billion, which will require simultaneous implementation of many tough conditions, including withdrawal of subsidies and reopening of energy contracts.

In this respect, Pakistan’s desire was that at this stage it wanted the approval of a $450 million loan and was not ready to implement the conditions later. And in the current scenario, the incumbent government is hard-pressed to collect as much revenue as possible and the obvious pressure is on FBR.

In this context, it was reported that the PM expressed his annoyance over the performance of the FBR for its failure to implement the Track and Trace system in the tobacco sector. Some tobacco sector players now obtained a stay order from one court and the FBR could not get them vacated so far.

The government had increased the FED tax on formal sector giants two consecutive times but there is increasing apprehension that if the illicit cigarettes are not controlled then the tax collection might not achieve improved results.

The FBR has envisaged tax collection of Rs.200 billion from the tobacco sector but in case of inability to implement the Track and Trace System as well as to ensure effective enforcement there is apprehension that the share of illicit might go up manifold causing loss to the national exchequer.

On the other hand, despite protests by importers for increasing Customs Duty and Regulatory Duty on luxury items, fresh fruits, and dry fruits being imported from Afghanistan, the FBR has reduced RD on the import of fruits and dry fruits from Kabul for resolving the outstanding issue.

Earlier the FBR in August increased RD and duties on luxury items and imposed increased rates of duties on imports of fruits and dry fruits from Afghanistan. It triggered a protest and several trucks halted their movement on both sides of the Pak-Afghan border.

It was reported that the import duty and RD on grapes increased from Rs.14,000 to Rs.49,000, which created a strong impediment to importing fruits and dry fruits. Consequently, the FBR has withdrawn and reduced RD on fruits and dry fruits and restored the position of duties as were charged prior to August 2022. The reduced rates of the RD would be applicable from 22 August 2022, to 21 February 2023.

In this context, the FBR has exempted RD on the import of some fresh and dry fruits whereas RDs have been reduced from 74 percent to 20 and 10 percent with RD being slashed down from 49 to 45 percent on the import of Raisins. The Weekender