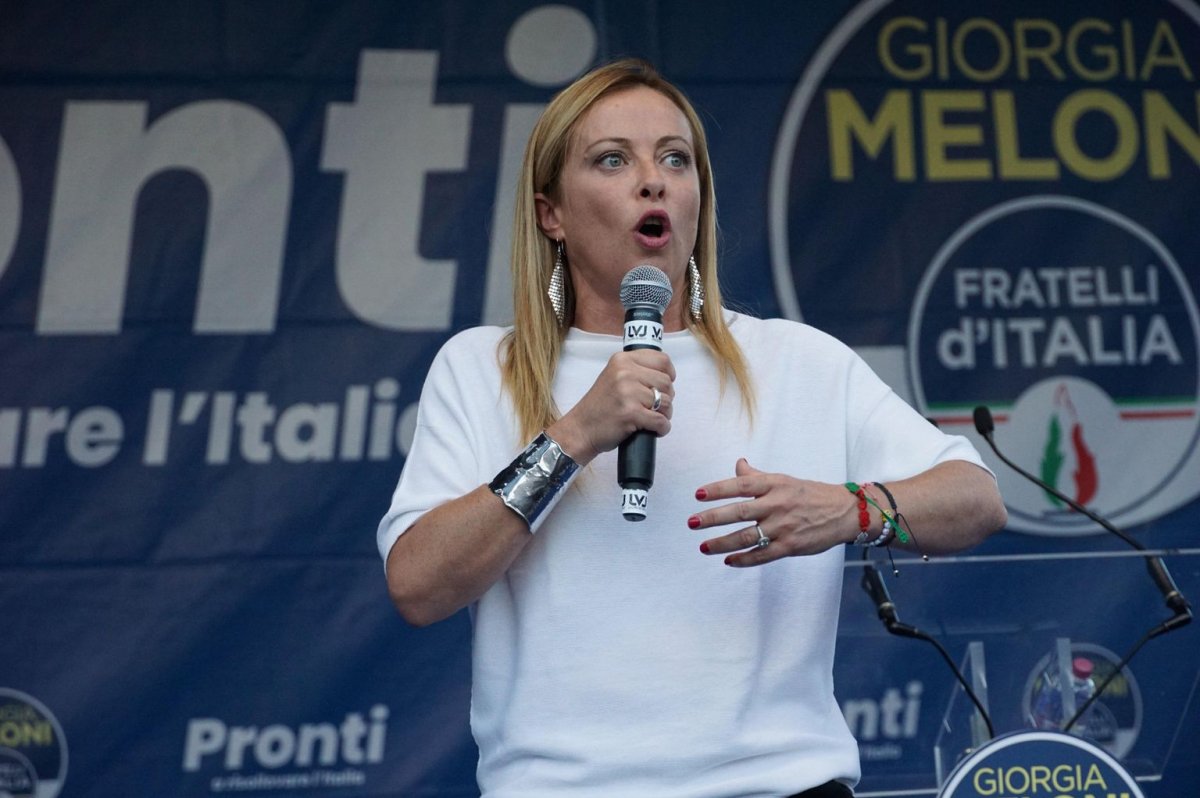 It is indeed fascinating to observe that sometimes human activity moves cyclically as is the case with the resurgence of fascism that is evidently remerging in many places and is getting quite popular. Viktor Orban, the proclaimed fascist prime minister of Hungary is going strong since 2010 and despite strong regional opposition has not mended his ways.

The new addition to far-right populism is the victory of Giorgia Meloni’s party in Italy which won 26 percent of the vote and became the first West European country to give way to such extreme tilt. It may however be kept in view that it was Italy where extreme right nationalistic political movement developed between the two world wars principally in Europe with a few extensions notably in Latin America.

This brand of political activity soon filled the power vacuum created by the fall of the hybrid monarchies and soon caused cataclysmic events that changed the course of the world. The term fascist was employed for the first time as a partisan label in Italy in 1919 by Benito Mussolini, who appealed to younger veterans to establish Fasci di combattimento.

Though agreeing with broader principles differences persisted among movements, particularly amongst the ideology or the social basis of these fascist-inspired movements as these emerged and took shape in very different socioeconomic and cultural contexts.

Important variables include the degree to which their setting was industrialized and secular and the extent of nationalization and politicization of the masses. It is nevertheless possible to classify a group of movements and regimes into a category labeled resurgence of fascism. These share some major typical traits, formed in the context of the political laboratory represented by the Blackshirts in Italy.

The most common trait among them, however, was that they were the offshoot of the First World War. Almost all of their committed cadres were young veterans of the war who were highly imbued with patriotic spirit and intensely supported the war and were frustrated when they were demobilized. During their war days, they actually glorified the war, a tendency that would become the hallmark of their days in power.

The war also shaped the future political views that were full of agitation for being betrayed strongly buttressed with the rhetoric of national revenge. Quite naturally they forged a distinct type of political; setup that was a synthesis of the mass party, previously unique to the labor movement and of the military organization systems developed on the front lines of World War I.

The result was a form of a political organization unlike any other, driven by agents who came mainly from the middle class and lower middle class who had often fought in the ranks of the extreme Left and were most often veterans of the army troops. Their organizational structure was based on the military model: uniforms, strict hierarchical organization, inculcation of discipline, and maintenance of military sociability modeled on the camaraderie of the front. Their command structure was strictly enforced and the political leader was their de facto commander-in-chief having complete executive authority.

The intention of introducing strong arm tactics into the political arena succeeded admirably and the result was that in the Europe of the 1920s and early 1930s, the fascist militias largely subdued all opposition and reigned supreme ensuring the dominance of their respective political parties particularly in Italy, and Germany and creating virtual dictatorships for their all-powerful leaders.

Quite intriguingly, during this struggle for supremacy, particularly against labor organizations, the fascists won the sympathy and even the active support of some economic elites and ruling circles, a development that would greatly facilitate their coming to power in a coalition government with Centre and Right traditional parties.

The resurgence of fascism created a cult of action, and violence and cultivated in youth a will to rupture the parliamentary system and liberal society believing that it was bringing in a much-needed revolution. Fascist ideology initially involved hostility to the political currents of enlightenment and liberalism and they were its targets of choice.

It was based on a radical denunciation of social egalitarianism as presenting itself as a third-force ideology, different from capitalism and elitism Fascism’s mission was to purify the nation politically and to ideologically mobilize the population with a view to forming a combatant community fit for monopolizing national power.

The resurgence of fascism as a rising power aimed objectively to establish a system of permanent mobilization in which society was seen as an army and the citizen as a soldier. This process quickly led to a situation of a one-party dictatorship. The dynamics of fascism then operated as a dual process of further state and civil society penetration. The capture of power set in motion a symbiotic process of nationalization of the party and partisan penetration of the state.

The state party proved to be an effective tool for the regime’s objectives. In particular, it allowed deep penetration into a civil society that was heavily supervised by youth organizations, unions, associations, and governmental agencies in areas such as sports, culture, and recreation. Thanks to the millions of members in fascist organizations, the system could organize the ultra-supervised mobilization of the population, ensure the dissemination of fascist values and ideology and organize the faith in the regime and its leader.

This leader was also one of the typical elements of fascist domination. His seemingly limitless power was inextricably linked to the strength of the party. The leader’s power was thus a direct reflection of the power of the fascist movement as it became a political regime. Fascist organizations were also formidable instruments that were used to control political conformity. Spread over the whole territory, present in all spheres of social life.

Pakistan has grappled with the fascist tendencies of ruling forces before and is yet again exposed to it. This time round the situation appears to be cumbersome owing to the deep penetration of mass media particularly social media that has so far decisively failed to distinguish between truth and falsehood.

Currently, it could be surmised that the type of resurgence of fascism faced by the country comes from a populist movement that is crisscrossing the country with the aim to dominate the political spectrum through mobilization of the population through a mass political organization around populist agenda despite having a weak governance record to vouch for, generating a level of control of individuals that is unprecedented in its intensity, with any dissenting public expression. This phenomenon is pretty dangerous and in the absence of any effective opposition may lead to some kind of serious disaster.   The Weekender

PrevPreviousDo we have a democratic, theocratic or a security state?
NextPTI’s winNext