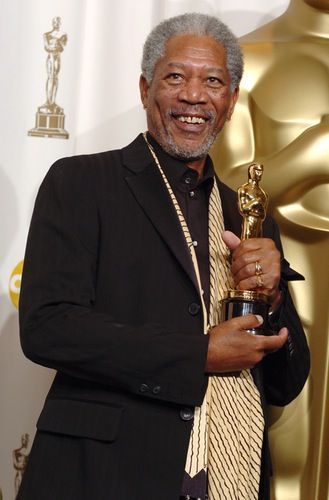 Since the creation of the Academy Awards in 1929, more than 300 Oscars have been awarded to outstanding actors and actresses. They are all known as Oscars Winners. Over the course of 93 years, 20 Oscars have been awarded to African-American or Black actors and actresses, with some of them winning twice. It’s a concerning balance that the Academy has been working to change for some time now. In fact, 13 of the 20 statuettes for Black actors were awarded in the past 20 years.

Morgan Freeman – Million Dollar Baby – 2005
Another Hollywood legend who deserved an Oscar that never seemed to come was Morgan Freeman. Finally, his role came in Clint Eastwood’s movie ‘Million Dollar Baby’. Perhaps, Freeman should have gotten it a decade earlier for ‘The Shawshank Redemption but in the end, justice was done. The actor has four other nominations to his name. The last was in 2010 for ‘Invictus’.

Denzel Washington – Training Day – 2002, and Glory – 1991
He’s an icon for the African-American acting community, and in 2002 he became the first Black actor to win a second Oscar. In that year, he won the award for Best Lead Actor in ‘Training Day’, directed by Antoine Fuqua. Twelve years earlier, he had won the award for ‘Glory’, directed by Edward Zwick. In addition to these prizes, he’s had six more nominations, most recently in 2018 for the legal drama ‘Roman J. Israel, Esq.’ It probably won’t be his last.

Whoopi Goldberg – Ghost – 1991
Whoopi Goldberg gave Hollywood and the world one of the best movie characters in history. Oda Mae Brown matched the balance between comedy and drama that was ‘Ghost’. The actress had already received another nomination for ‘The Color Purple’ in 1986. After ‘Ghost,’ she was not nominated again, but she made hits like ‘Sister Act’ and that was legendary too.

Cuba Gooding Jr – Jerry Maguire – 1997
The case of Cuba Gooding Jr. is yet another example that some Oscars come with a curse. The actor won the Oscar for Best Supporting Actor in the movie ‘Jerry Maguire’ and seemed to be at the top of the world. However, his tempestuous personal life and a dubious choice of his next titles took him away from the Hollywood A-List he had reached on his own merits.

Sidney Poitier – Lilies of the Field – 1964
At the height of the social battle for civil rights in the United States, Sidney Poitier became a symbol of that struggle as the first Black (Bahamian-American) actor to win the Oscar for Best Actor in a Leading Role.

Hattie McDaniel – Gone with the Wind – 1940
Hattie McDaniel played Mammy in ‘Gone with the Wind’ and received a surprise award for Best Supporting Actress. She couldn’t pick it up herself, because racial segregation laws prevented her from attending the gala. While the role of Mammy itself is now considered somewhat old-fashioned and stereotypical, McDaniel gave a masterful performance and was ahead of her time as an actress. The Weekender