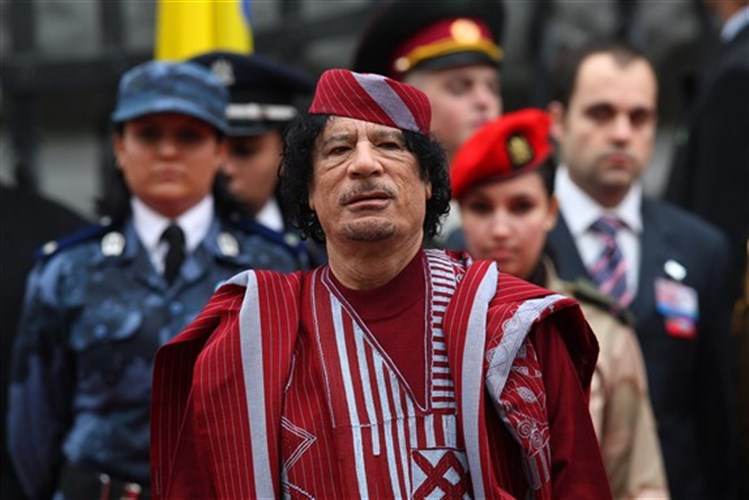 Libya After Qaddafi – It has been more than a decade since the Libyan head of the state for 42 years was toppled in a public uprising. The vehemence of public reaction against his rule was quite surprising as his regime conveyed the impression of everything being hunky-dory with Libyans and that they loved him.

Despite his bravado, the last days of Colonel Muammar Qaddafi are a grisly story of defiance, defeat, and death. Just sometime after the Arab Spring broke, he looked in firm control of his country but when the disturbances started spreading in Libya, in March 2011, he was suddenly seen in one of his last public appearances at the People’s Congress in Tripoli riding an electric golf cart.

He spoke like a caged bear punching the air before delivering a lengthy and erratic diatribe vowing to fight to the last man and woman against foreigners if NATO intervened. He offered money and a new constitution if those rebelling against his rule gave up their fight and blamed al-Qaeda and other actors.

By August, however, Qaddafi his inner circle disappeared and this exodus was spearheaded by Musa Koussa his foreign minister and long-time associate who surreptitiously arrived in London and was promptly dispatched to Qatar where he was housed under guard.

He was suspected to be a double agent working both for Qaddafi and the West. Qaddafi’s regime refused to yield to the demands of the protestors and began using force on a large scale to suppress them compelling the UN to declare Libya a no-flying zone. Soon NATO led by Britain and France entered the war, their command of skies bending the outcome decisively in the rebels favour.

In the end it was that final battle in Sirte that prefigured so much of what would come later including the internecine rivalries between east and west and rival cities. Characterised by bitter street to street fighting as the rival rebel brigades from Benghazi and Misrata converged on the regime’s last seafront redoubt, wading sometimes through waist deep water in the flooded streets, the rebels even then seemed often at sharp odds.

In October, with the net of rebel forces tightening around the last few blocks his forces still controlled in the city of Sirte, Qaddafi – who had disappeared from view – would try to make a break out of the encirclement, finally caught and killed as he hid in a culvert.

The events of the fall of Qaddafi were somewhat overshadowed by the bloodletting in Syria, the lessons of Libya from the past decade and the conflicts that followed, have barely been cross examined and if they have, then they have been forgotten.

It would be a conflict too that would cast a long shadow for international relations and for the reputations of some. The clear indication of such faulty policies was the reflection of Barack Obama in 2016 who expressed his disappointment with the European efforts following Qaddafi’s fall suggesting, in particular, that the British PM David Cameron was distracted and that had contributed to the mess that followed.

The lessons drawn from the overthrow of Qaddafi clearly point out that the model of humanitarian intervention under the doctrine of Responsibility to Protect – known by its shorthand of R2P – instead of casting Libyan case as a success story has proved to be case study in precisely how not to intervene.

Two Governments Vying For Power In Libya After Qaddafi

It is now realised that that the tensions in Libya, perhaps with the exception of Syria, were always less well comprehended than the drivers of the uprisings in Egypt and Tunisia, where established political movements were far better understood.

This situation was aggravated by the fact that immediate aftermath of Qaddafi’s fall was as swift as it was unanticipated and as a result large weapons stocks held by the regime were rapidly dispersed contributing to the destabilisation of the wider region.

In addition, tens of thousands of African migrants in Libya were displaced at the start of a complex migration crisis that would later see Libya become a pathway for large scale human trafficking. Moreover, the vacuum of power that emerged allowed jihadi groups to flourish.

Two governments have been vying for power in Libya: one based in Tripoli and led by Abdelhamid Dbeibah since 2021 and another led by Fathi Bachagha and supported by the camp of Field Marshal Khalifa Haftar. Fighting between rival militias in late August in Tripoli left 32 people dead and 159 injured.

The major issue that has often cropped-up repeatedly is that keeping Libyan oil production safe from political turmoil appears to be the main concern at the moment as it is widely feared that the rival protagonists in Libya will use oil as a weapon in their political quarrels.

Oil production in Libya reached 1.2 million barrels per day with its daily average before an oil blockade imposed between mid-April and mid-July by groups close to the eastern camp of the rival regimes. The Weekender