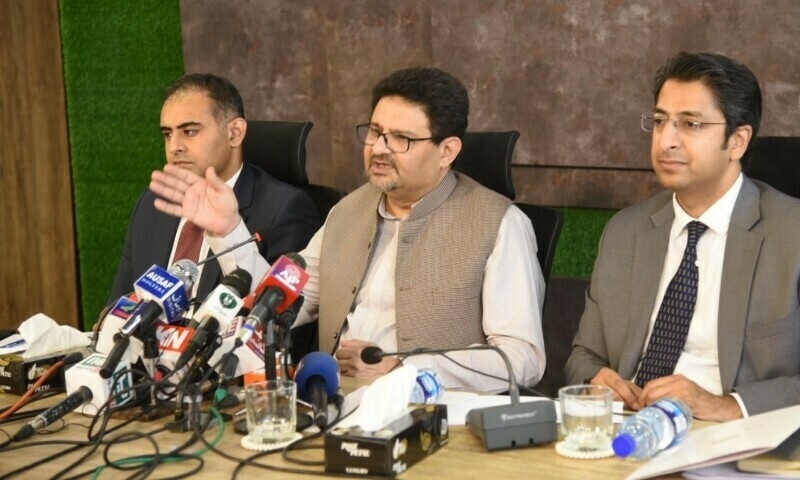 Despite the inflation running riot and its underlying causes not addressed the IMF is quite sure that inflation will ultimately peek at 20 per cent though the economic growth of Pakistan will correspondingly slowing down to 3.5 per cent. This certainly is not a good picture painted of the economy as the currency depreciation and higher commodity prices may further bring this figure down. It is also pointed out that irrespective of the official figure the inflation has ballooned up to more than 30 per cent and expecting it to sharply decrease by more than 10 per cent is simply unrealistic. Most importantly there are no signs that enough attention is paid to the underlying causes of spiraling inflation as financial policy makers have their hands full as they are running desperately to balance the financial shortfall before the IMF programme is renewed. They have almost reached this target with Saudi Arabia and Qatar chipping in to restore this crucial balance.

In this context it is reported that the IMF has significantly revised its projections for the current fiscal year compared with the assessment that it had made at the time of the last review. It may be recollected that the IMF has slashed by one per cent the economic growth forecast last year reducing it to 3.5%. But major adjustment is being made in the inflation rate. In the meanwhile another issue has raised its head and that is that the floods caused by unusually heavy and prolonged monsoon rains created downside risks for agricultural production, especially cotton and seasonal crops, and could weigh on growth this year though SBP is insistent that the growth could well be maintained but it maintained at 4% that does not appear justified in wake of massive devastation caused by the inclement weather. This situation is required to be viewed in the backdrop of massive surge in global commodity prices, increasing in fuel and electricity prices coupled with exchange rate depreciation is causing higher inflation.

Badly burdened by debt servicing pressure Pakistan did explore the possibility of going for rescheduling of its external public and publicly guaranteed debt but this effort was shelved, for now, due to its adverse implications on the country’s credit rating and limited scope for rescheduling. Moreover, this plan met stiff resistance both from finance and economic affairs ministries of the government. In this context it was reported that $66 billion external debt repayments are exclusive of interest payments on these loans, that are, in additionally $9.4 billion. The rationale for not going for rescheduling option was that as the majority of the external public debt did not qualify for rescheduling until a default was declared, therefore it was not feasible to go for this option. It was also pointed out that seeking debt rescheduling would be tantamount to declaring default on the country’s debt obligations that is certainly not a desirable option.

On another front the international lenders disbursed just $179 million worth of loans in July, as the foreign inflows have come to a standstill in absence of the IMF umbrella. And even out of this money $100 million was on account of the Saudi oil facility on deferred payments and additionally, the World Bank disbursed by $65 million. It appears that the current financial situation has impressed upon the authorities to diversify the development financing portfolios and to reach out to the international partners for diversification of the commodity financing operations. The pressure exerted by debt servicing has reached alarming proportions as is evident by the fact that during the next five years Pakistan needs $13.7 billion for its debt servicing and the situation becomes even more stringent in wake of the fact that the multilateral creditors did not offer rescheduling except for a few cases where the debtor country had to declare itself as a highly indebted and poor country (HIPC). Pakistan’s bilateral debt stock was over $20 billion and it needs $10.6 billion for servicing in five years. Pakistan has already availed $3.7 billion worth of debt rescheduling from the group of G-20 nations to cushion against the negative impacts of the coronavirus pandemic and this debt is inclusive of $16 billion Chinese bilateral debt.

The financial managers are reportedly in a fix as the PM has declared providing relief to the electricity consumers by slashing the notorious fuel adjustment charges. This measure is reported to be taken under duress in wake of the impending NA elections for nine seats that the coalition government is afraid may take the same route as the recent 15 seats that fell in the lap of PTI. This so-called relief measure has put pressure on the taxation machinery to raise an additional Rs.38 billion in taxes and one way of doing it is to slap an additional Rs.36 billion tax on cigarettes, Rs.2 billion on tobacco processing and reduce levies on transport vehicles. Besides, the fearful government waived off fixed tax on small traders/retailers and brought down the tax collection target from Rs.42 billion to Rs.27 billion by doling out incentives of Rs.15 billion to traders who are considered the major constituency of the ruling PMLN. Earlier, the Fixed Tax Scheme introduced for retailers, other than tier-I retailers, on commercial electricity connection has been withdrawn with effect from 1 July, 2022 and the previous practice restored.