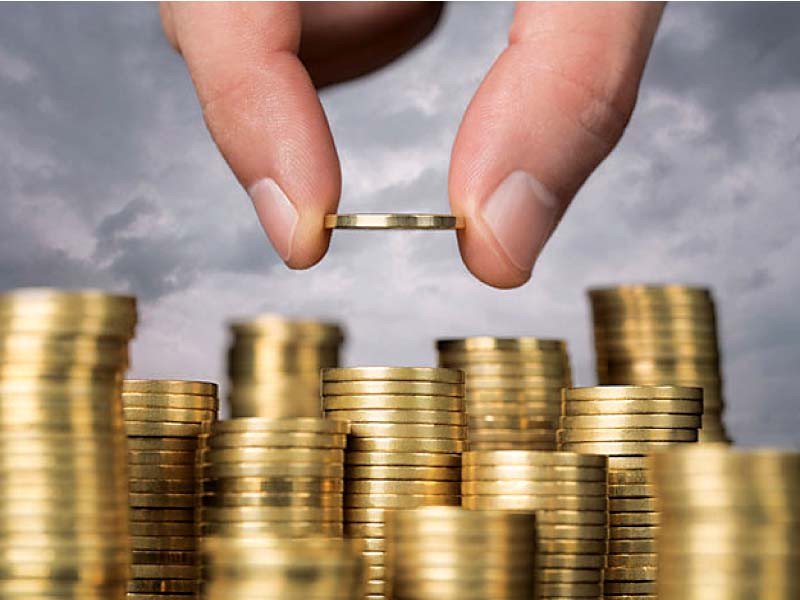 Despite many claims of the economy on the mend, the reality is still shrouded in mystery and many economists question many economic decisions taken by the coalition dispensation. Apparently, the finance managers are very hopeful that the financial succor is soon to arrive as all conditionalities set by the IMF have been met. The required documentation has been completed and forwarded to the IMF office and the expectation is high that the loan arrangements will be approved in the forthcoming meeting of the IMF board. The move follows the completion of the $4 billion in bilateral financing from four friendly nations and would pave the way for an immediate disbursement, expected to be in Pakistan’s account before the end of working hours on 31 August. IMF has publicly confirmed that Pakistan had completed all the prior actions for revival of its programme.
In this context it is reported that the IMF board meeting will take up Pakistan’s case for approval of the completion of seventh and eighth reviews of the Extended Fund Facility (EFF) besides a $1 billion increase in size of the programme to $7 billion and the extension of its tenure to August 2023. It is anticipated that the IMF board’s clearance was expected to reverse continuously depleting foreign exchange reserves, strengthen Pakistani rupee and support balance of payments. Pakistani financial managers were keen to complete all actions prior to the IMF board meeting and in this respect the government increased petroleum development levy on oil products on 31 July despite opposition from the inner circles of the PMLN particularly by its leader Nawaz Sharif who reportedly showed his displeasure by leaving the party meeting taking place to confirm increase in petroleum prices.

Right after the echoes of the impending agreement started to spread the Pakistani rupee went on its way to improvement and from about Rs.240 per dollar to less than Rs.216 at present with stock market showing robust activity following months of downturn. The exchange rate had been under continuous pressure amid declining foreign exchange reserves, mainly due to delay in formal commitment by the friendly countries and had gone down considerably adding to the worries of the financial managers. Earlier the IMF had publicly announced the much-awaited staff-level agreement with Pakistan dispelling the negative gloom surrounding the entire economic scenario of the country. The original $6 billion worth of 39-month Extended Fund Facility (EFF) — provided to countries facing serious payment imbalances because of structural impediments or slow growth and an inherently weak balance-of-payments position — was to end in September this year but only three tranches of about $3 billion could so far be disbursed as the programme suffered repeated breakdowns.

In the meanwhile all is not well with the taxation area of activity as it was reported that the FBR failed to achieve its target to integrate big retailers with its system and collect an additional Rs.50 billion in taxes despite giving away hundreds of millions of rupees in prizes and spending funds on advertisements. As a matter of fact, in the whole year FBR integrated less than 12,000 Point of Sales (POS) machines with its system taking the grand total to 23,200 that is far below the 500,000 target former finance minister Shaukat Tarin boasted of in a bid to make his political masters happy despite opposition from the FBR that was never sure of achieving this target. Tarin went to the extent of doling out prizes worth Rs.53 million per month trying to woo in the customers to purchase goods from the registered big traders – known as tier-1 retailers who work in big shopping malls, use debit or credit card machines and in some manner already linked with the formal economy and are easy to track and bring to the tax system.

However, despite trying hard the FBR could not achieve the assigned targets as the details exhibited that against the goal of collecting an additional Rs.50 billion in sales tax, the net additional taxes paid by these retailers were just a paltry Rs.6.3 billion. On the total declared sales of Rs.1.5 trillion, these retailers paid Rs.27.8 billion in taxes, which was higher by Rs.6.3 billion over the collection made from the tier-I retailers in the preceding year. Tarin went ahead despite the strong advice of the FBR that at best can collect additional Rs.15 billion from the POS initiative as against the budgeted figure of Rs.50 billion and minister’s desire to generate Rs.100 billion. FBR had also warned that the integration of the retailers with its system would result into capturing additional about 15% to 20% sales but Mr. Tarin went ahead making the FBR to distribute Rs.371 million among the people but failing to achieve the results.

It now appears that the FBR has outsourced its job to pressurise the retailers –even to go after the traders working in largely the formal sector. The FBR had also disallowed 60% input tax adjustment to those tier-1 retailers that would not register with the FBR but it also made no difference as it is pointed out that the tax personnel are extremely under resourced lacking transportation facilities enabling them to go after the traders and force them to integrate their sales. Also, there was shortage of workforce and thousands of positions were vacant. Many retail shops were issuing fake invoices but the FBR did not have the ability to go after them. The logistical constraints are mentioned by the FBR to be massive hindering improving tax collection.

On the other hand the coalition government is considering withdrawing 20% deemed income tax imposed on the real estate sector in the budget that may dent its revenues by another Rs.15 billion, taking the total relief under consideration for the top five influential businesses to Rs.75 billion. The government is under tremendous pressure from the real estate sector that is vociferously complaining about slowing business. Earlier a new section 7E was introduced whereby a resident who derives income equal to 5% of the fair market value of the capital assets situated in Pakistan, will be charged tax at the rate of 20% though the FBR has said that the effective tax rate is 1% yet expected to generate Rs.30 billion from this measure. This relief along with giving Rs.60 billion tax relief to the traders, bankers, stock market and transporters this measure to real estate sector the total amount of relief measures will go up to Rs.75 billion.

These relief measures fly in the face of the avocations of the coalition government that it wants to reduce the tax burden of rich people and influential businesses but its measures are aimed at increasing financial burden on the salaried class that will be forced to bear the brunt of economic crisis in the shape of higher taxes and 25% inflation. In wake of such concessions the incumbent financial team is facing tough questions as they were asked to justify doling out Rs.42 billion to the traders by withdrawing the fixed tax and their answer that under the new tax regime the traders would still pay Rs.27 billion in the current fiscal year was not considered credible. Ultimately it will be the common man who will be fleeced through indirect taxation. TW

PrevPreviousOne year of Taliban’s rule in Afghanistan
Next75 years of Life in Freedom: A Moment Of Reckoning (Part II)Next