The difficulties experienced by NGOs operating in Pakistan could be gauged from the fact that many of them were not allowed to work in flood affected areas. This impediment indicates the level of opposition they face even in times of stress such as the current devastation caused by the flash floods. There has been increasing concern about the prevailing apathy for NGOs from many powerful segments placed in the positions of authority who view them as doing someone else’s bidding and pursuing an agenda that they consider detrimental to the wider national interest though many believe that their perception of national interest in this case is rather very narrow in content and is required to be reassessed. 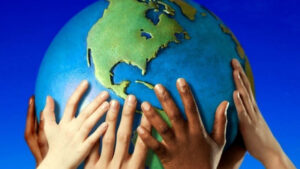 In Pakistan, NGOs have experienced an unusual growth in their number since the last four decades. The NGOs steadily increased their outreach and were strengthened by massive flows of financial assistance they received over the years. The activities undertaken by these supposedly voluntary organisations have undoubtedly proved beneficial to many areas of Pakistani society but their mushroom growth and the apprehensions about unscrupulous elements being active in them have tarnished their image in the country which is amply reflected in press coverage accorded to them. 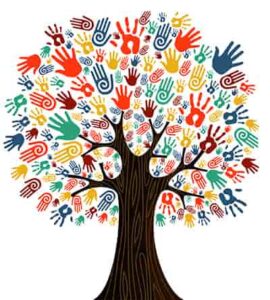 Successive governments welcomed growth of NGOs as a means to encourage different segments of society to participate in social progress according to available means. The intention was to let the indigenous welfare flower providing succour to the deserving segments of Pakistani people but unfortunately the path taken by NGOs was to elicit foreign financial assistance thereby conveying the impression that they have become pawns in the hand of their foreign interlocutors. 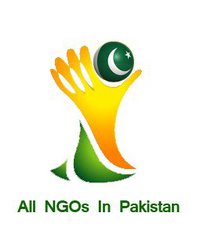 Whatever the impression conveyed by NGOs in Pakistan but the fact remains that they are now considered synonymous with civil society. NGOs are taken to be representing liberal ideas of confining the state within reasonable bounds and facilitating service provision. Most often they appear to be encroaching upon the traditional areas considered domains of the state.

The foreign element in the composition of NGO culture provoked a negative reaction within the media that started criticising their role and actions. The criticism of the media was coupled with palpable disaffection in the traditional parts of Pakistani establishment that also did not appreciate the somewhat tricky maneuverings of NGOs. Although NGOs developed a cogent methodology of catering to the need of the deserving during difficult days of national existence but at times they overstepped sensitive boundaries creating discomfiture.

Like most of the national matters media too is divided about assessing the importance and role of NGOs in Pakistan. While the English press supports their agenda and performance but the Urdu press has always displayed negativism towards them. Urdu press usually assails the NGOs due to their foreign connections and blames them for following agenda figured out for them by their foreign associates. The oft-repeated allegation is that NGOs do not practice what they preach.

The Urdu press emphasises that NGOs are not held accountable for their activities and that their actions are not transparent. The Urdu press also questions motives behind most of their actions which it thinks are always not noble. They think that some oversized NGOs have become corporatised entities whose staff is paid high salaries that come from foreign donors.

There is a grain of truth in allegations leveled against NGOs as some of them are working on projects such as reproductive health or education of girls that are usually not approved by the cross section of society. The media generally feels uncomfortable about the vast unregulated and undocumented spread of NGOs that knows no bounds. Despite repeated enunciations of governments to bring this sector under regulated control no action has been taken to do so.

The press is also critical of the growing number of family NGOs that do not allow other members to participate in their activities except family members. Moreover NGOs displays the worrisome trait of getting themselves re-registered in new names once they feel that they have failed to achieve their objectives.

English press is usually very supportive of NGOs and credits them with creating an awareness amongst the citizenry about their rights and privileges. The thinking is that NGOs have successfully brought to fore issues that were neglected by the polity such as gender-based biases and religious segregation. The NGOs have created a cogent sense about health, education and sanitation issues and have played a prominent role in creating the desire to preserve environment.

The English press believes that NGOs have made it possible for citizens to raise their voices about social inequalities. NGOs have assisted the process of democratic governance by holding elected representatives accountable for their actions. They have befittingly questioned the menace of children not sent to schools and the quality of education provided to them who do go to schools. NGOs have repeatedly raised the issue of ghost schools and have ventured to address such wrongs prevalent in the society. The Weekender